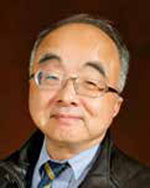 "The birth of Hong Kong Society for HIV Medicine"

Why a new Society? Why now? Why are we forming Hong Kong Society for HIV Medicine now, not earlier, or later? In Hong Kong, the idea of a medical society devoted to HIV/AIDS is not a new one. I would say this is the third time that like-minded people have considered its formation, and we finally make it, today.

The concept of an HIV Society for Hong Kong first emerged in the early 1990s, when the main foci of HIV care for an increasing number of patients were the management of complications, prevention of opportunistic infections, and terminal care. The reason for wanting to set up a medical society was to, hopefully, improve the understanding of medical colleagues so that they would not shy away from helping provide basic medical care to people living with HIV/AIDS. The name "HIV medicine" did not then exist. The only antiretrovirals available in those days were zidovudine, didanosine, stavudine…. and viral load testing was piloted on research level only. As almost all known patients were under care of just a handful of doctors belonging to different specialties, the idea of forming a new body was not actively pursued, replaced by efforts in strengthening collaboration, development of treatment manuals, setting up joint clinical meetings……… Opportunities were seized to include HIV/AIDS in undergraduate medical curriculum and postgraduate education.

About a decade later at the turn of the century, I was engaged in discussions about forming a society again. With the introduction of HAART, HIV care gradually evolved to become a seemingly distinct discipline. While treatment continued to be provided by the same handful of clinicians, doctors from 2 other specialties started to become more actively involved in HIV care — Dermatology/Venereology and Infectious Disease subspecialty of Internal Medicine. HIV Medicine was a new term, as it has become a subspecialty in USA and Australia, while in the United Kingdom HIV has come under Genitourinary Medicine. I could recall thinking about the career structure of doctors involved in HIV care, taking reference of the models in other countries. The question was: who would be HIV medicine specialists in Hong Kong? Mindful that professionalism could not be coerced, the idea of forming a professional body was suspended, as it would be important to observe the natural course of professional development in the field.

Three decades after AIDS was first reported in Hong Kong, the idea of forming a professional body again re-emerged, not in response to the call of one or two senior doctors, but from young physicians who expressed their interest in having a Hong Kong Society of professionals in HIV medicine. The practice is now an integral yet unique component of the portfolio of Infectious Disease specialists. HAART has grown in depth and breadth, so much so that attending doctors of HIV patients are also competent clinical pharmacologists. In the past I used to believe that Metabolic Disease and Infectious Disease were 2 distinctly different medical disciplines, but for HIV physicians, they are closely related.

What can and should Hong Kong Society for HIV Medicine do from now on? There are education needs for physicians in HIV medicine which may have been ignored by the wider medical profession simply because HIV remains one of the relatively ‘small' subjects. There are service gaps that cannot be filled by administrative means but could hopefully be narrowed by piloting innovative medical interventions. There is the demand for advocacy in HIV prevention and care founded on evidence-based deliberation on a professional level. With the objectives of advancing knowledge and the practice of HIV Medicine, the new Society, with the support of many young physicians and other health service professionals and the community, aims to prepare Hong Kong both for providing optimal care for HIV/AIDS and the control of virus transmission. Today marks the beginning of this new initiative through this Inaugural Meeting when we can learn from our eminent HIV medicine colleagues from Hong Kong, Mainland China, Taiwan and Australia.

On this occasion of the inauguration of Hong Kong Society for HIV Medicine I would like to thank Dr EK Yeoh for his pioneering work in his capacity as Hong Kong's first HIV physician, back in the 1980s, and for officiating this Society's Inaugural Meeting 30+ years afterwards; Dr Patrick Li for devotion to HIV care for more than 3 decades, agreeing to be a council member of the Society and speaking at today's meeting; Dr KH Wong for convincing me to help form the new Society; Dr Ada Lin for doing the ground work for the Society's incorporation and inauguration; Dr Wilson Lam for the unenviable task of serving as the Society's first secretary; Dr Bonnie Wong and Dr MP Lee for being the first treasurer and vice-president respectively; Dr CK Kwan for the professional legal advice as well as his input as an STI physician; Dr Susan Chiu for bringing in the perspective of pediatric infection to the Council; Dr Kenny Chan, Dr Owen Tsang, Dr Grace Lui and Dr WS Leung for the inputs as Council members even before the Society was born.

I am sure you would enjoy the thought-provoking presentations of our invited speakers at this memorable occasion, and I look forward to your continued support of the Society's endeavours in advancing HIV medicine in Hong Kong, and beyond.